These wonderful people care for our local environment.  The groups below focus on specific tasks but together they make a formidable force to protect and preserve our precious environment.

We need them and they need you.

If you can volunteer, please click on the blue sections below to read more about each organisation. 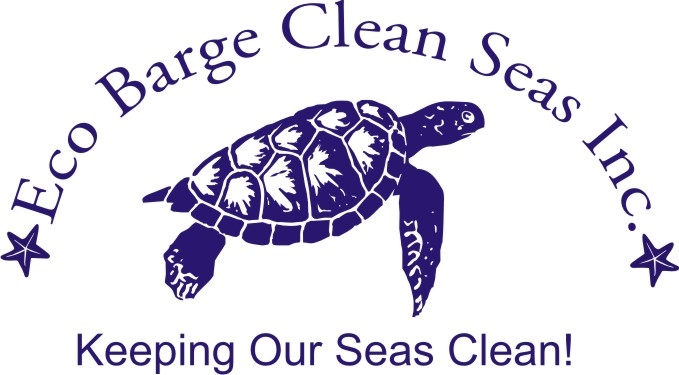 ECO BARGE CLEAN SEAS - keeping our Whitsunday seas and beaches clean of debris that kills and injures marine life. 233,895 kilograms of marine debris/litter removed from the Whitsunday islands since July 2009. Eco Barge also has a Turtle Rescue Centre and to report a sick or injured turtle, please call the stranding hotline 1300 130 372.

Eco Barge Clean Seas Inc. was established in Airlie Beach to engage the community to protect the precious marine life and aquatic environment of the Whitsunday Region.

This was initially undertaken with the Whitsunday Marine Debris Removal Program to remove marine debris from the highly impacted beaches of the Whitsunday Islands. It now also includes reducing the amount of debris that enters our waterways through the Clean Streets and Creeks Program as well as responding and caring for sick and injured marine turtles at the Whitsunday Turtle Rescue Centre and recycling the marine debris collected and transforming into reusable products.

Eco Barge also undertakes education and awareness activities within the community concerning the issue of marine debris, the importance of thoughtful waste disposal and what should be done in the event that a sick or injured marine turtle is encountered.

Eco Barge Clean Seas Inc. is a not-for-profit organisation with a passionate and dedicated committee, 55 members and a register of over 1600 volunteers.

FAUNA RESCUE WHITSUNDAYS' mission is to provide a successful rescue and rehabilitation service for sick, injured and orphaned Australian wildlife and to help preserve our native wildlife and the natural environment. 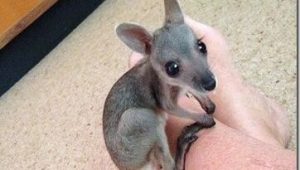 If you find an injured animal, remember that it is wild – probably suffering from shock and in pain – MINIMAL HANDLING is a must to avoid additional stress. 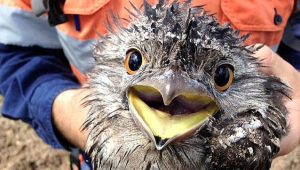 There’s loads of ways you can help! We are desperate for carers but if you are unable to actively care for wildlife there’s many other things you can do. 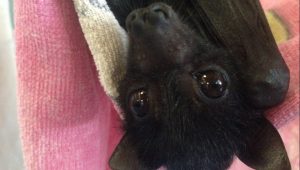 You can be a wildlife carer simply by caring for our native wildlife’s habitat.  ​We have some tips on our website so that you can be a backyard buddy.

Make sure you have our rescue hotline number handy. 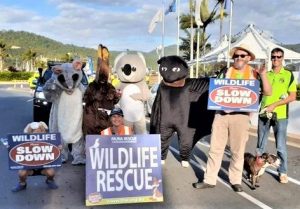 FIGHT FOR AIRLIE believes that future development must not lose sight of the precious qualities that make Airlie Beach what it is. 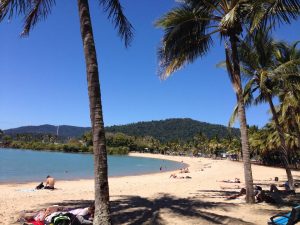 We are all stakeholders in our community and we believe that it is important to think about and discuss local issues in a mature and inclusive manner. We should not be afraid of change and development in Airlie: the town has changed and grown significantly over the past 10 years but future growth needs to be carefully planned and managed.

The Whitsunday Regional Council has adopted a new town plan in 2017, which many in the local community feel is not in the best interests of Airlie Beach. Full details of the new plan can be found on the council website.

What we love about Airlie Beach

which we risk losing…

We believe that future development must not lose sight of the qualities that make Airlie Beach what it is. Airlie Beach is a community that relies heavily on tourism and visitors come to the region because it’s different to other destinations, not because it’s trying to be the same. The architects of the future Airlie Beach township should be seeking to build on these strengths – not to recreate the past mistakes of other regions. 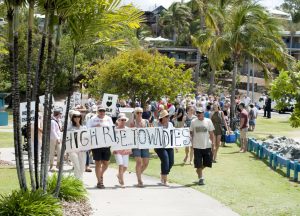 LANDCARE has evolved to become one of the largest volunteer movements in Australia. There are thousands of people and countless communities working together towards sustainable land use and undertaking on-ground action to protect, enhance or restore an area on behalf of the community.

Whitsunday Catchment Landcare is part of Landcare Australia, which was established in 1989 as a not-for-profit organisation. In his speech to launch Landcare, former Prime Minister Bob Hawke AC spoke about the importance of co-operation to care for the land.

Over the last 30+ years, Landcare has evolved to become one of the largest volunteer movements in Australia. There are thousands of people and countless communities working together towards sustainable land use and undertaking on-ground action to protect, enhance or restore an area on behalf of the community. The Landcare model has been so successful it has been adopted in over 20 countries.

Landcare activities deliver a diverse range of positive environmental and community outcomes. These include the environmental protection, enhancement and conservation of land, water, waterways and coasts, natural habitat restoration to enhance biodiversity, building resilience in Australia’s food and farming systems, and helping create social cohesion and wellbeing in communities.

From the coast to the country, and from urban cities to the outback, Landcare’s greatest asset is its people. With over 6,000 groups and 100,000+ volunteers, the Landcare movement is diverse and encompasses farmers and farming systems groups, landowners, Landcare groups and networks, Traditional Owners, Bushcare and ‘Friends of’ groups, Coastcare, Dunecare and Rivercare groups, Landcare facilitators and coordinators, youth groups and other community groups involved in protecting, enhancing or restoring their local environment. The Junior Landcare program provides a pathway for children to become lifelong Landcarers starting with early learning childhood centres through to primary and secondary schools.

What makes Landcare unique to any other community movement is the very large number of active groups, and the effective partnerships created between business, researchers, natural resource management agencies, government and community. These partnerships build local community ownership of issues, unlock volunteer knowledge, capability and capacity to create better outcomes for the environment and those that seek to protect and enhance it.

In the last three decades Landcare has achieved a great deal of good work. Yet there is much more to do. With the impact of a changing climate, and natural disasters like drought, bushfires and flood, Landcare has never been so important.

Landcare Australia will continue to work in partnership with multiple stakeholders to support the Landcare community so they can continue to restore and protect the environment in communities across Australia.

Landcare is about working together caring for the land to preserve our natural resources and biodiversity for generations to come. Landcare enables people to actively care for the natural environment in their community.

The MACKAY CONSERVATION GROUP was established in 1984 and since then has become a much respected driving force in conservation.

Our region is home to some very important ecosystems. The Great Barrier Reef, tropical rainforests, remnant coastal wetlands, palm forests, pristine rivers and grasslands to name a few. Many of these ecosystems are threatened. Without them we could lose unique birds, reptiles, mammals, insects and amphibians.

Over the next decade, Mackay Conservation Group will be working with other organisations and with government to ensure that those crucial habitats are included in the protected area reserve system. We’ll be campaigning to expand our national parks, nature refuges and special wildlife reserves.

We will also be working to ensure that threats to those important ecosystems are reduced. Our campaigns will focus on reducing pollution that flows to the Great Barrier Reef, on preventing dams that make rivers lifeless and on ensuring that the risk of climate change is reduced. 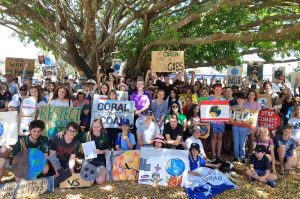 OUCH Volunteers (Order of Underwater Coral Heroes) is a non-profit organisation of volunteers dedicated to the protection of the Great Barrier Reef.

OUCH is a non-profit organisation of volunteers dedicated to the protection of the Great Barrier Reef through;

The reef is under growing pressure from all sides; pollution, coastal development, overfishing, climate change and more. The OUCH Volunteers are based in the Whitsundays, the heart of the Great Barrier Reef. Since 1994, OUCH has been working hard to protect the reef through a number of practical, on the ground projects that include:

The success of the OUCH Volunteers is reflected in the numerous awards the organisation has received:

At the end of the day, the real key to OUCH’s success lies with its members. OUCH is a real grassroots community effort, inspired by the volunteers who live and work in the area.

With OUCH, an individual effort can make all the difference in the world. 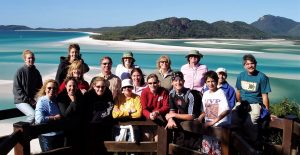 SAVE OUR FORESHORE is a community organisation founded in 2004 by concerned citizens wanting to preserve the public foreshore for use by the public and not developers.

Save Our Foreshore is a community organisation founded in 2004 by concerned citizens having a particular interest in ensuring that public access to the coast and amenity of coastal lands are preserved and enhanced for the long term benefit of their ecological, scenic and recreational values as enjoyed by the Whitsunday community and visitors to the area. 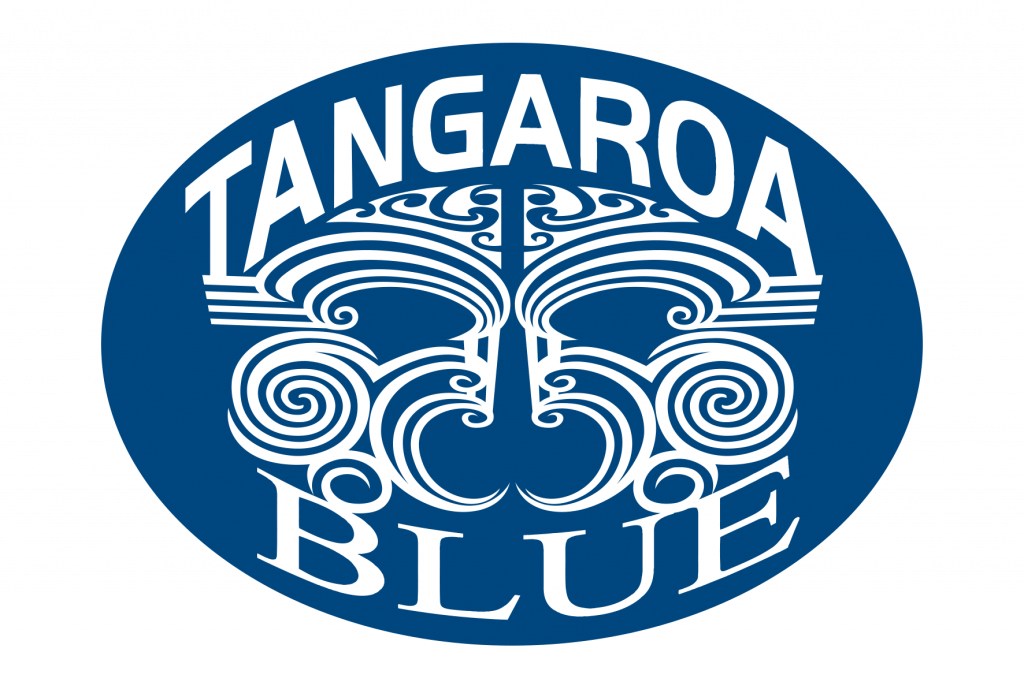 TANGAROA BLUE FOUNDATION is dedicated to the removal and prevention of marine debris, one of the major environmental issues worldwide. 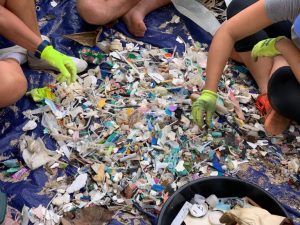 Tangaroa Blue Foundation is an Australian-wide not-for-profit organisation dedicated to the removal and prevention of marine debris, one of the major environmental issues worldwide. 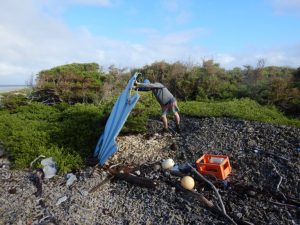 To assist in solving the problem, we created the Australian Marine Debris Initiative (AMDI), an on-ground network of volunteers, communities, organisations and partners that contribute data from rubbish collected during beach and river clean-up events to the AMDI Database, and then work on solutions to stop the flow of litter at the source.  The AMDI helps communities look after their coastal environment by providing resources and support programs, and collaborates with industry and government to create change on a large scale. 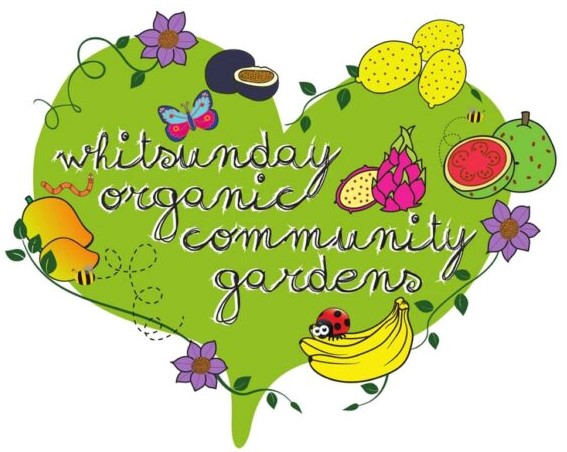 WHITSUNDAY ORGANIC COMMUNITY GARDENS is a cornerstone of the community, demonstrating the practice of urban organic farming based on permaculture principles and natural systems. 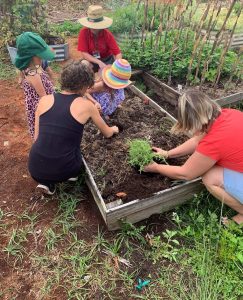 Design and create an enriching and engaging space for people to gather to grow food and reconnect with where food comes from and each other. Be an example to the community to include species suited to growing in our tropical climate. Educate the community about organic gardening practices, permaculture and other regenerative gardening practices that encourage and use environmentally friendly methods. Be active in holding working bees to complete larger projects. Facilitate workshops to include composting, cooking/preparing tropical species, organic gardening, permaculture, natural building methods, bee keeping etc.

Abundance Day. Join us to swap and share produce on the last Sunday of each month 9am – 12pm.  Share the surplus of crops whether grown at the garden or in your own home gardens. Also anything created from the produce as well like preserves and baked goods.

WHITSUNDAY SEAGRASS VOLUNTEERS are a local volunteer citizen science group, who monitor the health of seagrass habitats in the Whitsunday region. 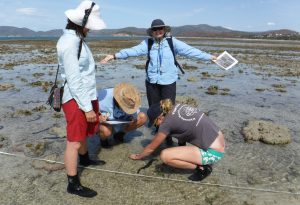 Whitsunday Seagrass Volunteers are a local volunteer citizen science group, active since 1998, who monitor the health of seagrass habitats in the Whitsunday region. We collect scientifically valid data using the Seagrass Watch methodology. The data that we collect goes into the Seagrass Watch Global Monitoring Database, which is available for researchers and managers to use. Our data also contributes to the annual Healthy Rivers to Reef Regional Report Cards. 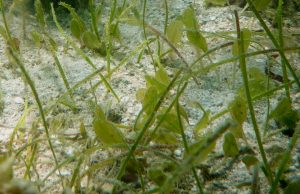 At present we monitor 3 sites in the Whitsunday Region twice per year, over 3 consecutive days every May and September. The dates of monitoring activities are determined by the tides; we conduct the monitoring by walking out to the meadow on very low tides. The activity usually takes a couple of hours, plus travel time.  All equipment is provided and our regular volunteers will show you what to do. If you’d like to get involved, all you need to bring along is your curiosity, some closed shoes that you can get wet & muddy, and a water bottle.

Whitsunday Conservation Council needs You too

Please contact us on the form below – thank you