Interesting articles viewed from the Treetops – some hopeful and some distressing, even a few laughs.  If you find an article that may appeal to our members and supporters, please send it to: editor@WhitsundayConservation.org.au

The views expressed in these linked articles or the associated comments do not necessarily represent the views of our Association.  Our Association does not receive any inducements to list these articles and does not endorse the products or services described therein.

To read more, just click on the image in each section – enjoy!

Coal has a great future. Carbon that is.  The carbon in coal can be used to make much needed products such as graphene, carbon fibre, lithium and now rare earth elements that are vital to smartphones and electric vehicles. This new technology means that rare earth elements can now also be extracted from coal waste, instead of being dug out of the ground.

Environmental Justice Australia say that at most power stations coal ash is mixed with saline waste water and pumped to a muddy, toxic lake near the facility.  This sludge can leak into rivers and aquifers, contaminating water needed by farmers and the environment. When it is left to dry out, winds can blow the toxic dust onto nearby communities. Coal ash is linked to asthma, heart disease, cancer, respiratory diseases and stroke.  Australia produces 13 million tonnes of ash waste annually from coal combustion, according to the Ash Development Association of Australia’s 2015 report.

With so much solar energy available in Australia and coal waste for processing, Australia could become a major exporter of these valuable commodities, ensuring job transition for coal workers.

News Corp’s amazing U-turn over climate policy was broadcast by Media Watch on 18-10-21.

Decades of lies and misinformation morphed into denial of their denial.  Why?  Well, its advertisers were pulling out because of public opinion against News Corp’s climate policy.  This is a triumph for the truth.  Take a bow dear reader, you may well have been a part of bringing the bully boys into line on climate change.  The shock-jocks and cash-for-comments media muppets will have to eat humble pie.  No doubt the spin doctors will come up with something palatable but we will know the truth. 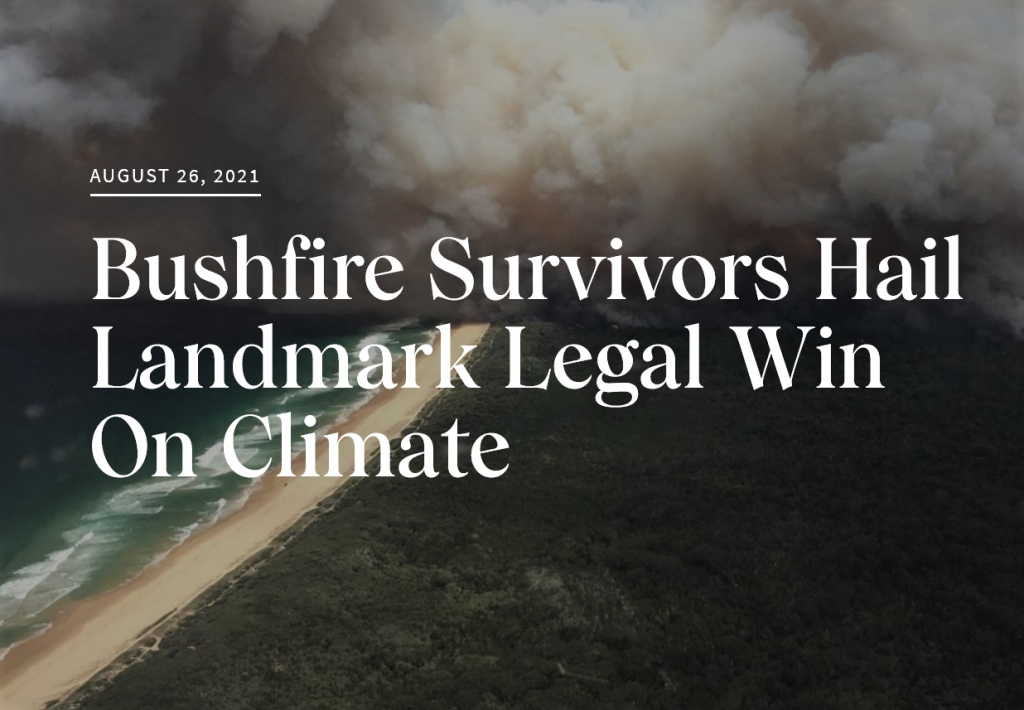 This is the first time that an Australian Court has ordered a government to take meaningful action on climate change.  On 26-8-21, Environmental Defenders Office (EDO) clients, Bushfire Survivors for Climate Action (BSCA) won a ruling from the NSW Land and Environment Court that the NSW Environment Protection Authority has a duty to take serious action on greenhouse gas emissions and climate change.

“This is a very significant legal decision,”  EDO Director of Legal Strategy Elaine Johnson said.  “This is the first time an Australian court has ruled on a government agency failing to perform a statutory duty to address climate change. What it means is that the court has found the NSW Environment Protection Authority is compelled by its own legislation to seriously address the state’s greenhouse gas emissions and climate change. Today’s decision is a major step forward in holding government to account on climate policy.” 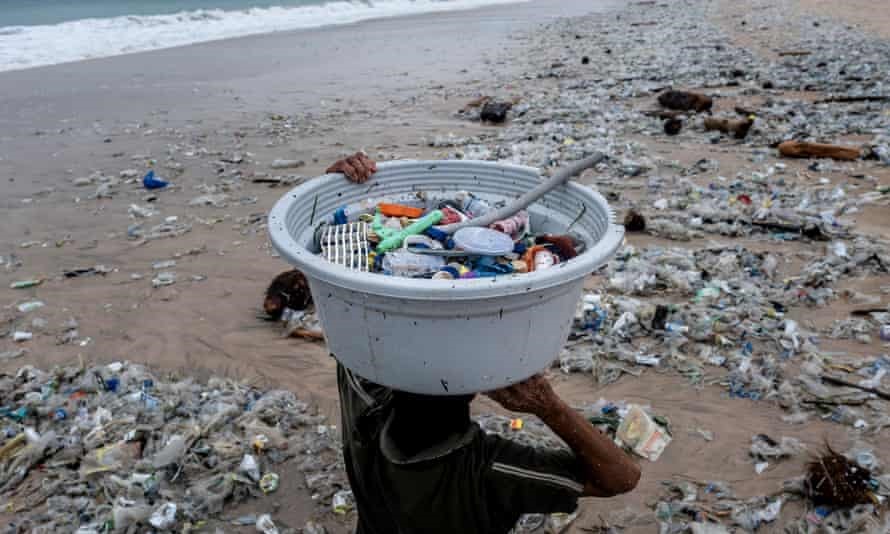 Not only are Australians amongst the world’s biggest polluters per capita but Australia also leads a list of countries for generating the most single-use plastic waste on a per capita basis, ahead of the United States, South Korea and Britain.

Twenty companies are responsible for producing more than half of all the single-use plastic waste in the world, fuelling the climate crisis and creating an environmental catastrophe, new research reveals.

Among the global businesses responsible for 55% of the world’s plastic packaging waste are both state-owned and multinational corporations, including oil and gas giants and chemical companies, according to a comprehensive new analysis. 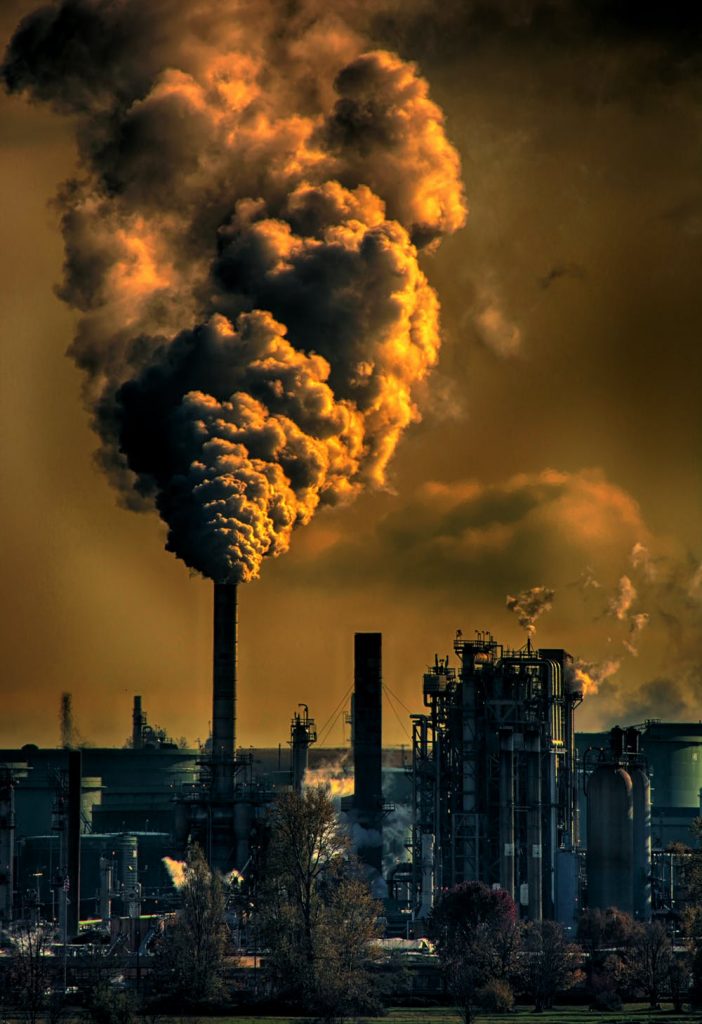 The Australia Institute reports that Fossil fuel subsidies cost Australians a staggering $10.3 billion in FY 2020-21 with one Commonwealth tax break alone ($7.84 billion) exceeding the $7.82 billion spent on the Australian Army.

They say that the $10.3 billion in Government subsidies means that in 2020, every minute of every day $19,686 was effectively given to coal, oil and gas companies and major users of fossil fuels.

Millions die every year around the world from fossil fuel pollution (see article further below) so why does our government contribute so much to pollution and ignore the deaths of so many caused by pollution?  Is this not a Crime against Humanity?

At least 1000 solutions are already available to combat climate change and can help governments to meet carbon neutrality goals.  One of the first to envision ecology through the lens of profitability, Bertrand Piccard has always advocated that solving climate change – rather than an expensive problem – is a fantastic market opportunity.  He actively speaks out against the absurdity of the outdated and polluting devices and systems we are still using and promotes the benefits of existing efficient technologies to motivate governments and industries to take action.  Yes, 1000 solutions offered on 55 pages, see for yourself. 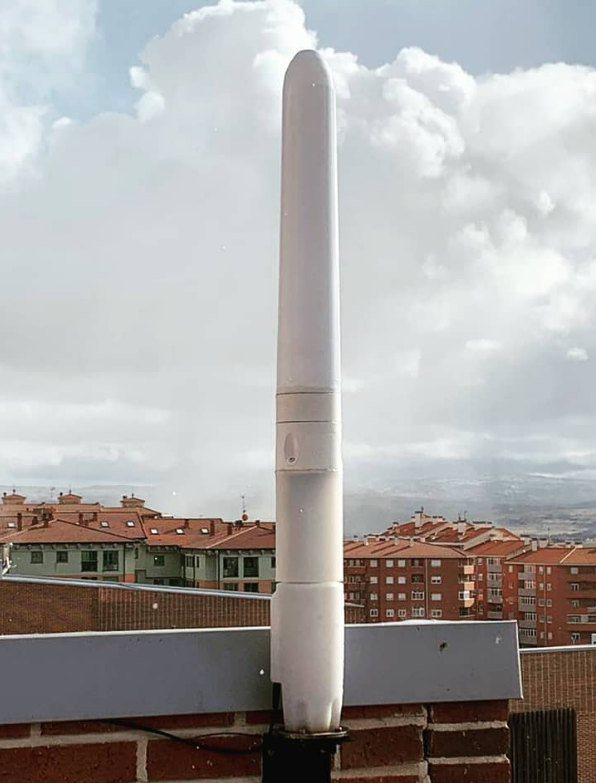 Vortex Bladeless, a Spanish company, is reinventing wind turbines using oscillation.  The bladeless structure is under three metres tall, uses recycled plastics, and can be installed in so many places, including on buildings and along roads, claims the company.  Whilst the huge bladed towers that we use today may be good for large scale power generation, they have their disadvantages eg size, noise and in areas where there is a lot of bird life.  The advantages with this new approach are obvious and the company claims that when in full production they will be competitively cost efficient. 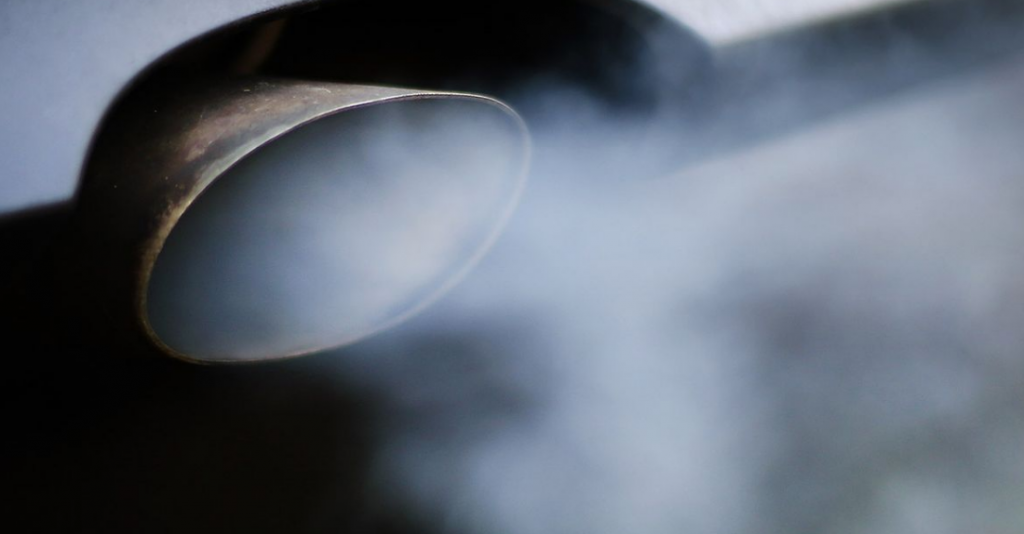 More than 8 million premature deaths annually from fossil fuel pollution, according to new research from scientists at Harvard and several UK universities published in Environmental Research. That’s double the previous high-end estimate of fine-particle pollution mortality, and three times the combined number killed by HIV/AIDS, tuberculosis, and malaria in 2018.  It exceeds the number of people globally who die each year from smoking tobacco. 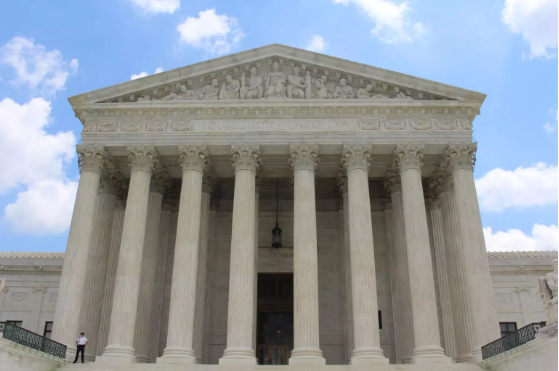 Global trends in climate change litigation: 2020 snapshot.  It explores the continued and growing focus in climate cases on human rights and the different strategies used in recent litigation against major fossil fuel companies. 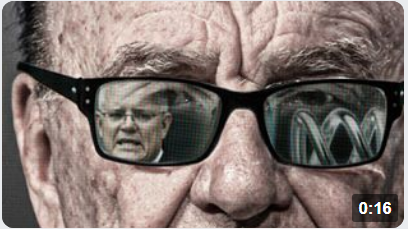 The Murdoch media has never been a proponent of climate change, preferring to champion the naysayers and deny the science. The ABC exposed the dark side of Rupert Murdoch in an earlier series. This short film focuses on the relentless attack on the ABC by the Murdoch media and Morrison Government. It’s not about the cost of running the ABC, it is about the money that can be made by vested interest groups when the outspoken voice of democracy is silenced. 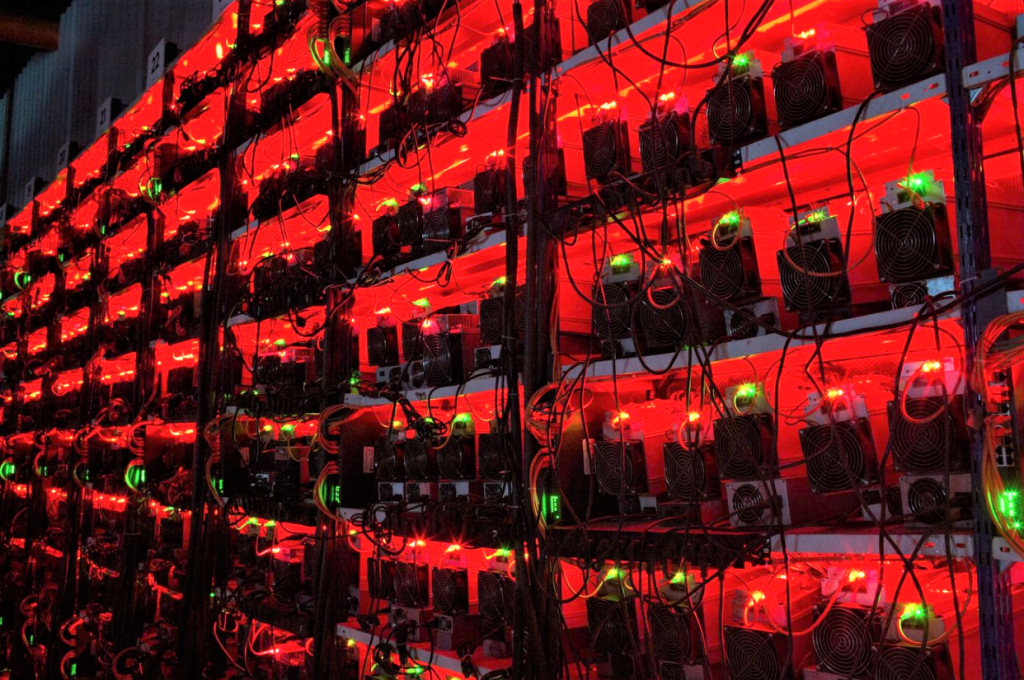 The Bitcoin algorithm requires increasing amounts of computational power to validate transactions. If it were a country, its annualised estimated carbon footprint would be comparable to New Zealand at about 37 million tons of carbon dioxide. 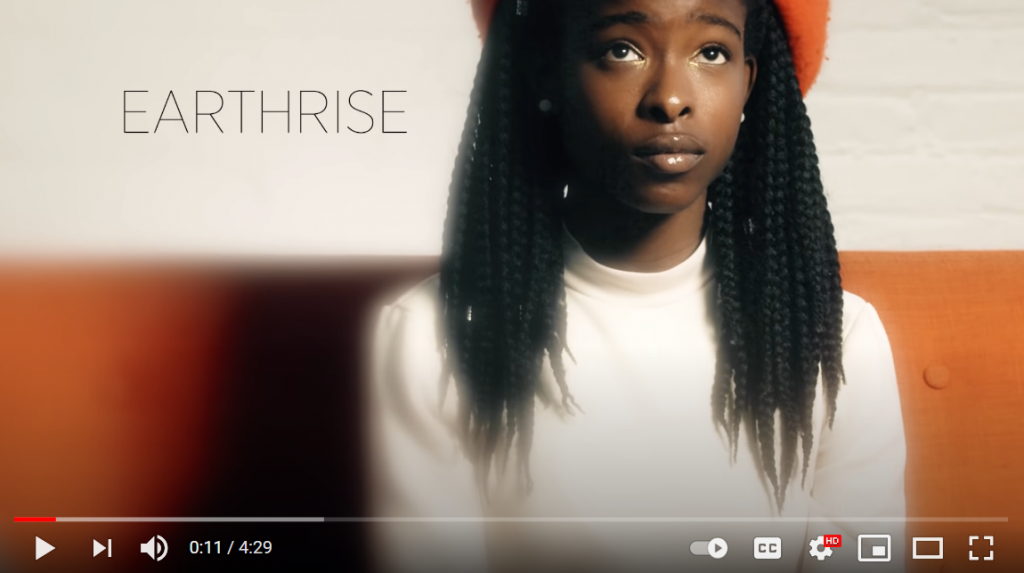 Earthrise – a moving poem by Amanda Gorman, Inaugural Youth Poet Laureate of the United States 2019.  She reminds us why we should come together to protect one another – and this fragile blue dot we call home. 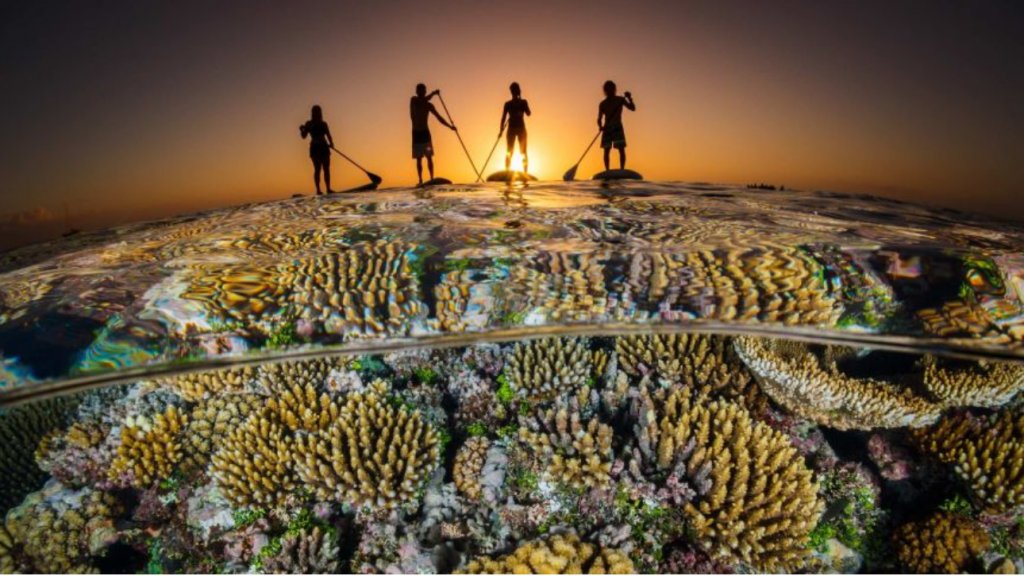 A study from the US National Centre for Atmospheric Research finds that Climate Change pushed ocean temperatures to a record high in 2020.  Also Australia’s south-east has been identified as an ocean surface warming hotspot, according to an oceanographer with the Australian Institute of Marine Science. 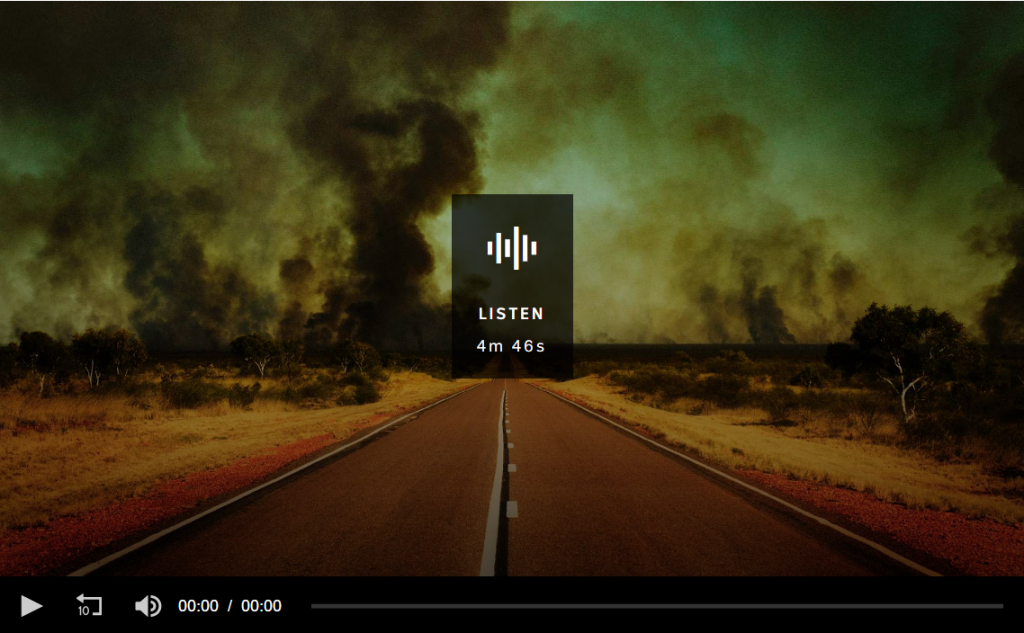 Hotmess – a 2020 in depth series of four excellent podcasts from the ABC on Climate Change.  Corporate greed, political corruption and human nature – a recipe for disaster.  Essential material for our community and politicians.

This Jan 2021 detailed scientific report reviews the evidence that future environmental conditions will be far more dangerous than currently believed.  Substantiated, unlike the propaganda from the fossil fuel lobby. 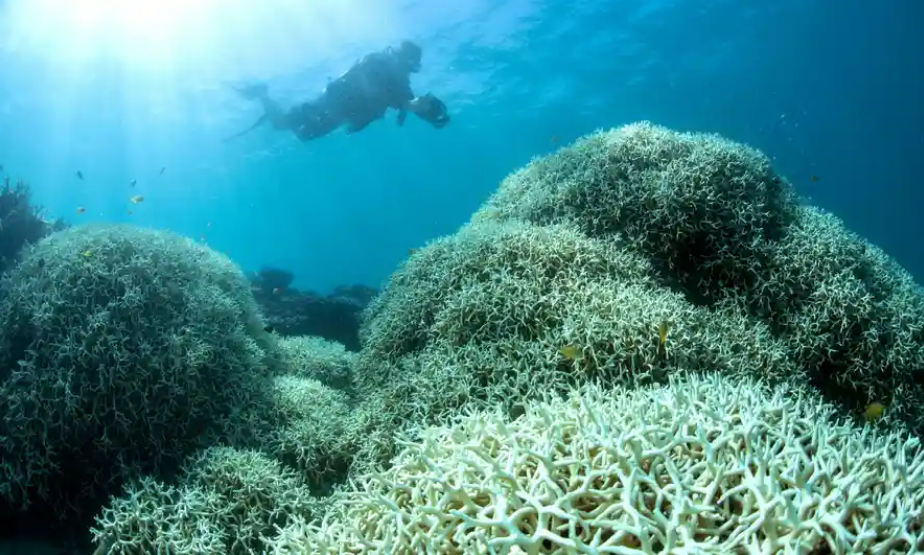 Scientists claim the Coalition misrepresented their evidence to the Great Barrier Reef inquiry. Marine experts exasperated by ‘disturbing nature and tone of the hearings’ in ‘a shameless misuse of the parliamentary process’. 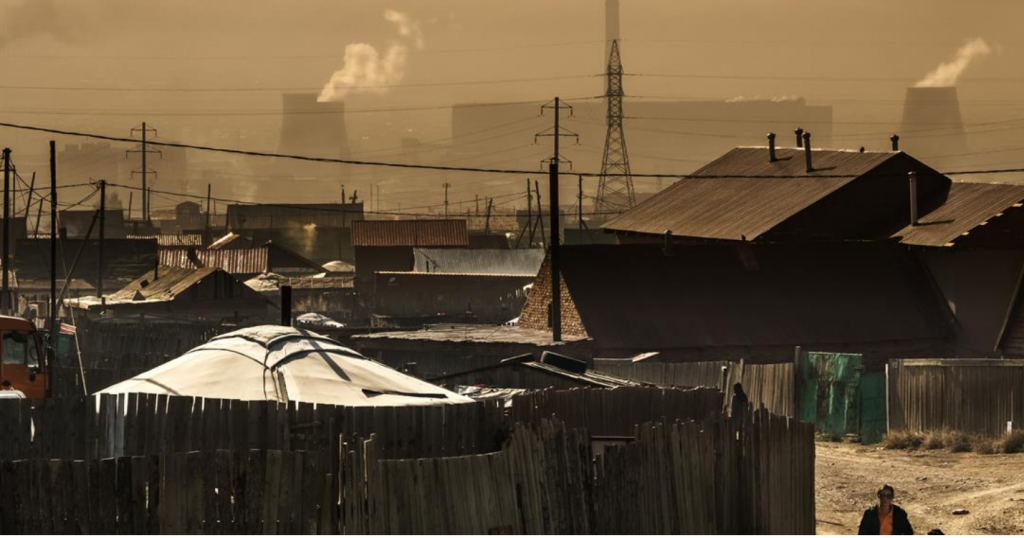 WHO estimates that around 7 million people die every year from exposure to polluted air.  This dwarfs deaths from CV19, yet our politicians ignore this compelling reason to move away from fossil fuels. 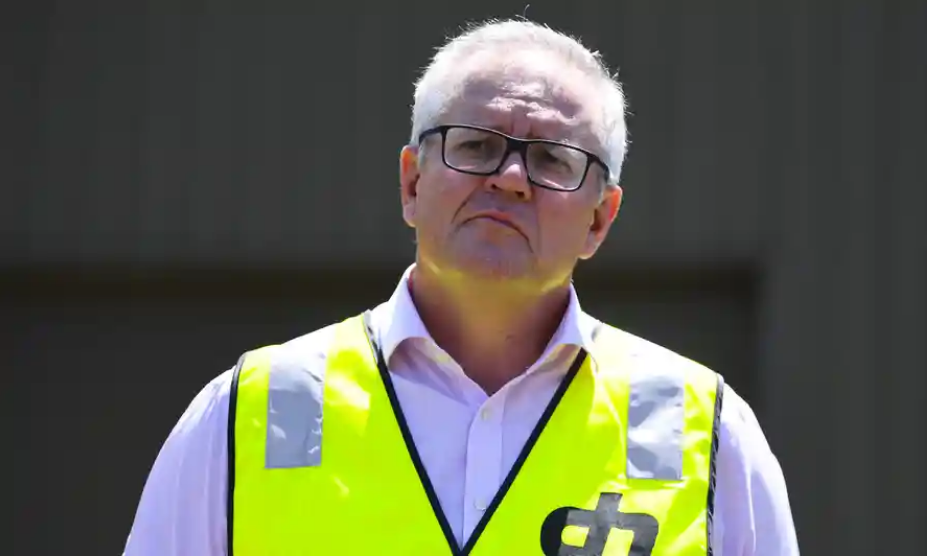 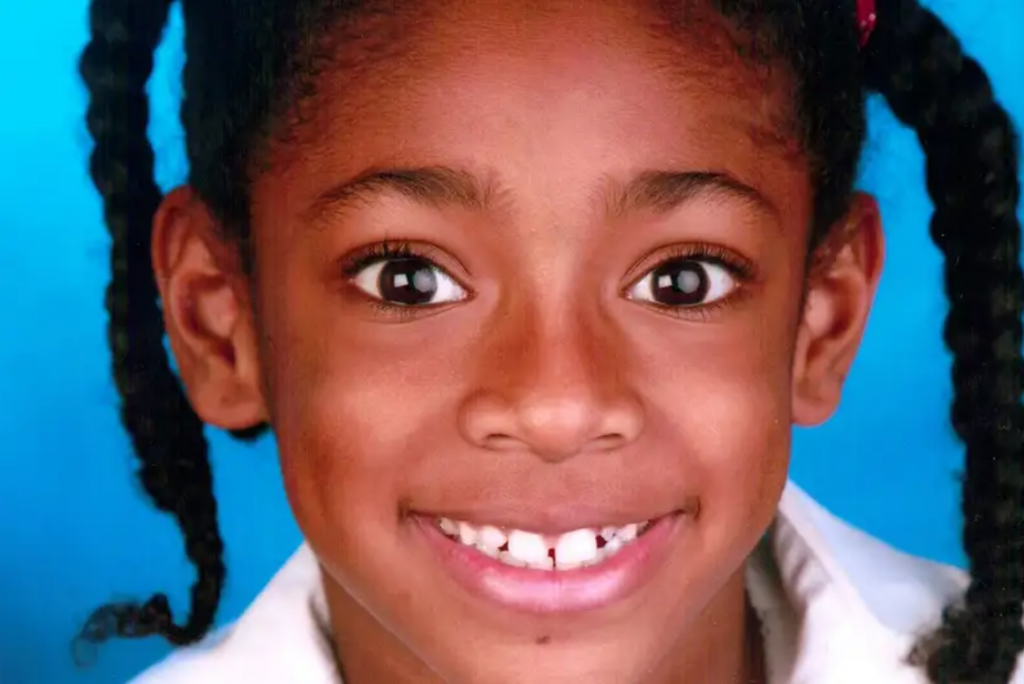 A landmark ruling says air pollution contributed to death of 9-year-old Ella.  The judge’s decision on this tragedy may spark litigation around the world against councils and governments that fail to act on the pollution we create. 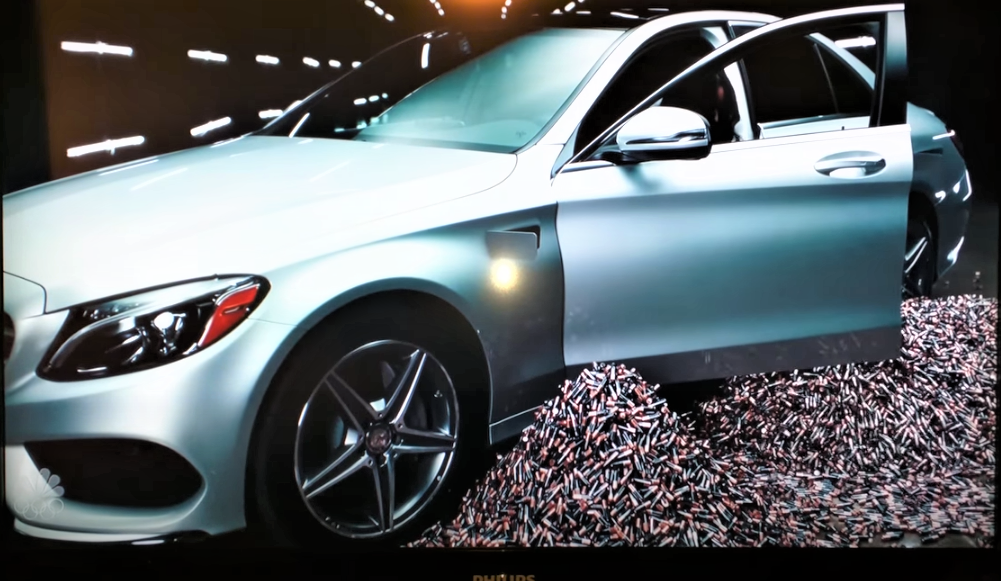 This 2016 hilarious send-up of a fake Mercedes AA class electric vehicle makes you wonder who would finance this video, just for a free joke.  It was screened widely and would no doubt have deterred many EV buyers from switching away from fossil fuel cars that year. 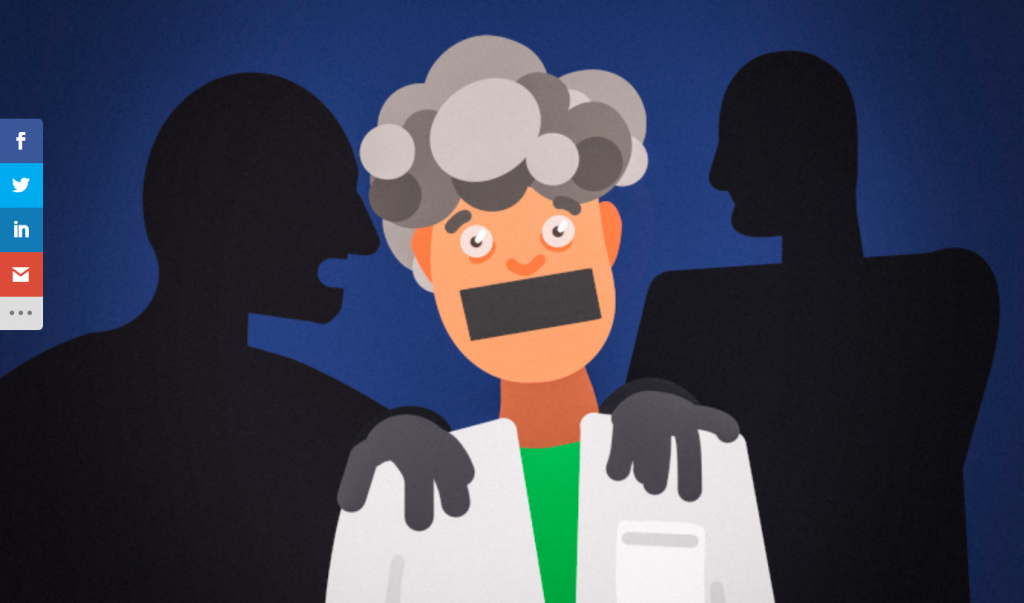 The Bureau of Meteorology is tasked with “delivering products and services that contribute to the health, safety, wellbeing, social and economic lives of all Australians”.  But are our weather watchers being entirely honest about climate change?

The market for Carbon Credits is booming but are Carbon Credits a good thing?  Maybe not in all cases, especially when payments are made for no real benefit. 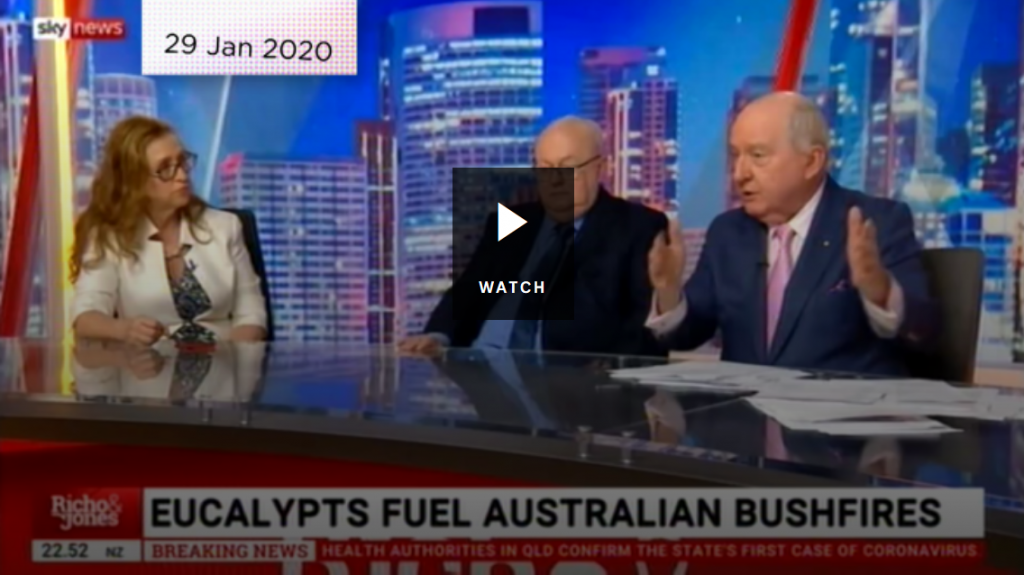 This startling 2020 video details who is to blame for the propaganda about Australia’s terrible bushfires and how the rumours are spread. 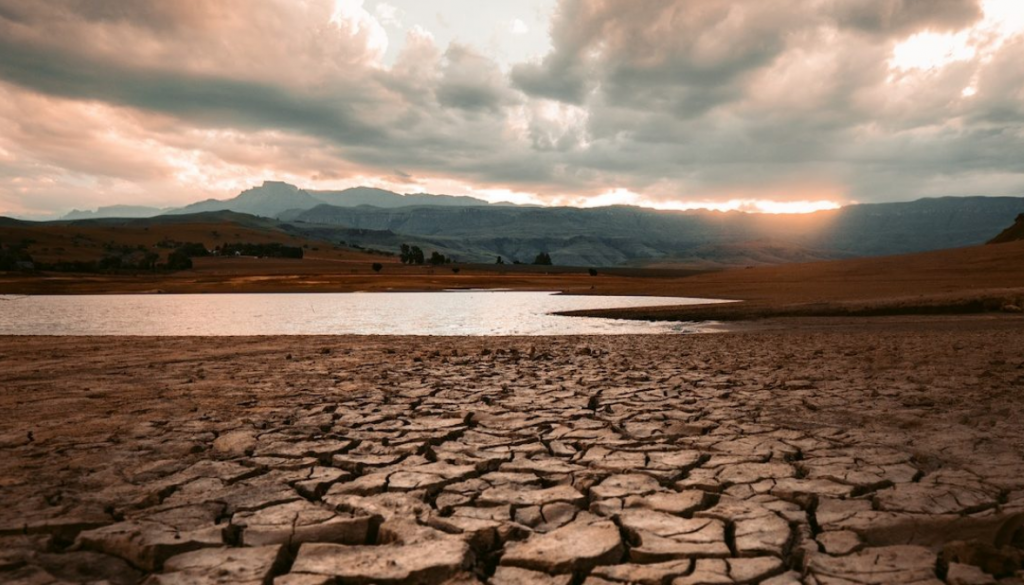 Prof Andy Pitman slipped up on one word and the fossil fuel shock jocks had a field day. 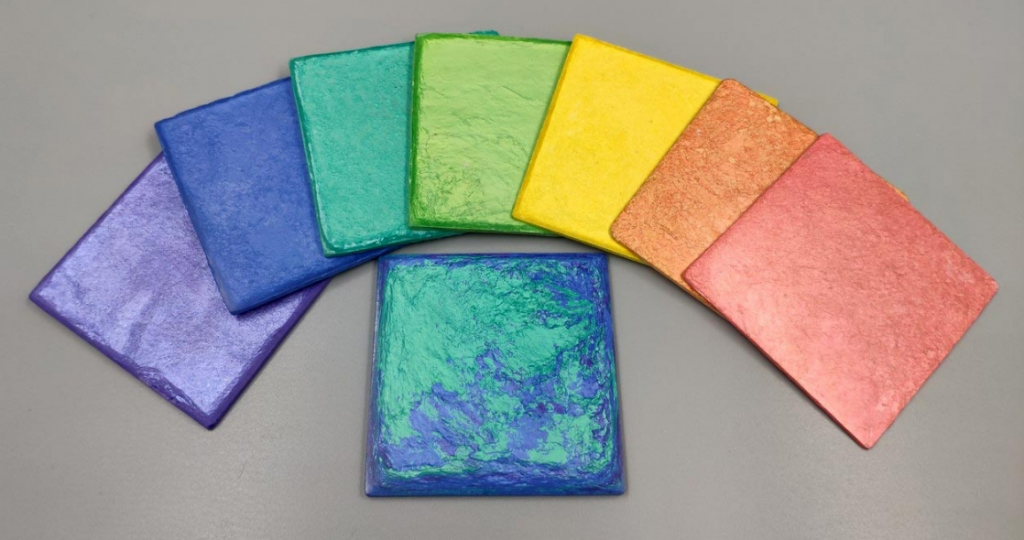 New material to replace petroleum based plastics that would be environmental friendly. 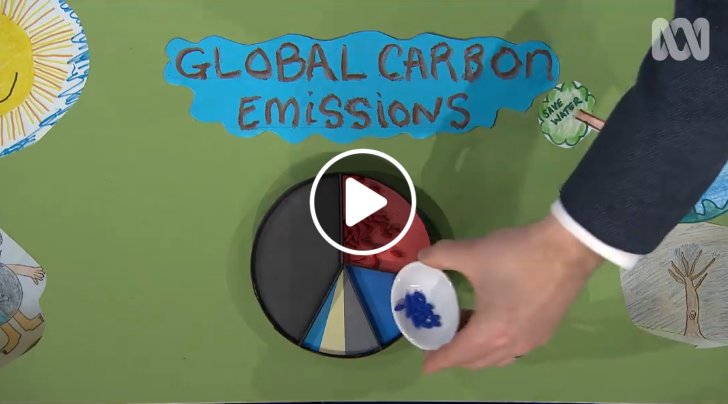 Charlie Pickering takes on Alan (cash for comments) Jones over his  famous “grain of rice” Australia is too small to make a difference on climate change. 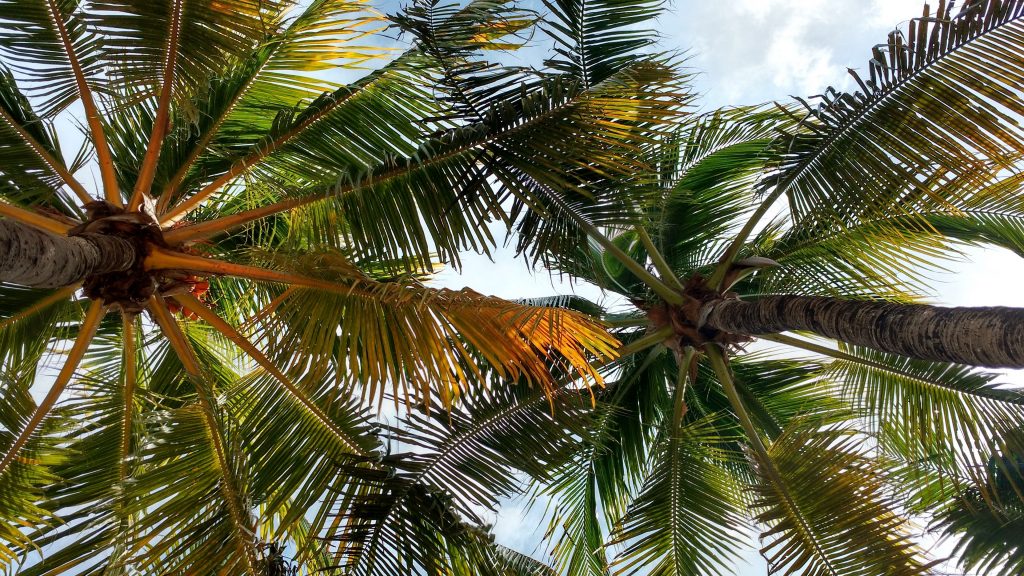