The recent UNESCO draft decision to list the Great Barrier Reef as “in danger” seems to have caused much shock and consternation amongst our politicians.

As a dive instructor working in the Whitsundays, I am very passionate about the Reef. I have been following the “Reef In Danger” story for nearly 10 years now and I am a bit surprised by UNESCO’s decision but certainly not shocked.

Back in 2012, UNESCO expressed concern over the deteriorating health of the Reef due to poor water quality and climate change. The risk of an “in danger” listing even got a mention.

After three years of discussion and much political lobbying by the Australian Government, UNESCO backed off on the “in danger” listing, but warned Australia to pull up our socks and promised a review in 5 years.

Well, time is up and how is the Reef doing? 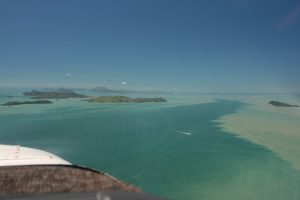 Very poorly. The health of the Reef has significantly deteriorated since 2015, primarily due to climate change; 3 mass bleaching events over the past 5 years.

The Great Barrier Reef Marine Park Authority’s (GBRMPA) Outlook Report 2019 states that the long-term outlook for the Reef has shifted from “poor” to “very poor”.

Given that Australia’s best Reef scientists and best Reef managers agree that the outlook of the Reef is “very poor”, what else can UNESCO do but declare the Reef “in danger”?

Now the Federal Government is claiming the decision was politically influenced. This is simply the government attempting to deflect from their failure to protect the Reef; little progress on water quality improvement and absolutely no climate change policy.

Our government needs to see UNESCO’s draft decision for what it really is…a warning shot, a last chance to take the necessary action to save the Reef.

Let’s put politics aside look after the Reef. Our government needs to urgently lift its ambition on climate change by cutting our carbon emissions by 75% by 2030 (based on 2005 levels) and reaching net zero by 2035.

We will show UNESCO and the rest of the world that Australia is serious about protecting our Great Barrier Reef.