The Whitsunday Conservation Council has launched a new Reef campaign and we want you to join us.  Here’s how: 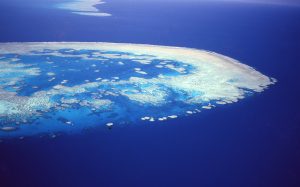 The health of the Reef is at a crossroad. The Great Barrier Reef Marine Park Authority tells us that the greatest threat to the Reef is Climate Change. Over the past 5 years, the Reef has suffered through 3 mass bleaching events. These bleaching events are driven by climate change which is fueled by the burning of fossil fuels, especially coal.

The science is sobering. The recent IPCC report makes it crystal clear that if global temperatures exceed 1.5°C, it’s game over for the Great Barrier Reef. Right now, Australia and the rest of the world are on a course that will probably exceed 2.0°C

But our Federal Government has no serious climate policy. Their performance at the recent COP26 was an embarrassment. They refused to transition away from coal, refused to reduce methane emissions and refused to set an effective carbon emissions reduction target for 2030.

We need to push the government to step up with an effective climate policy that will limit warming to 1.5°. Hence our campaign …

Here’s how it works.

To kick off, we have a simple ask. Email us a picture of your favourite reef (above or below water) to Photos@whitsundayconservation.org.au  Caption the picture with: “1.5 Keeps My Favourite Reef Alive” and include your name.

We will collect all the pictures we receive and create a 1.5 Keeps My Favourite Reef Alive digital scrapbook. The scrapbook can then be used to show politicians at all levels how people feel about the Reef and the policies we expect to see in order to protect the Reef.

To make this campaign really rock, we would ask you also do the following:

Hope to see your reef pictures rolling in ASAP!

This is just the start. Standby for updates on the campaign and other actions you can take to protect the health of the Reef.