What Happened to the Spanish Mackerel?

The well-known and much sought Spanish Mackerel has recently been in the news for all the wrong reasons.

First, the latest research tells us that the Spanish Mackerel population is down to a mere 17 % of its original, unfished population. Not a healthy situation.

Second, this has occurred in the Great Barrier Reef World Heritage Area, a place where you expect fish populations to be stable and healthy. Not a good look.

How in the world did this happen?

The truth of the matter is that the fish has been in trouble for a long time. As far back as 2012, scientists suggested that the Queensland East coast Spanish mackerel stock could be approaching an ‘overfished’ state.

Fortunately, Spanish mackerel are a data rich species, with nearly 80 years of commercial catch information and thousands of fish that have been measured and had their age estimated. Having a strong understanding of their biology, and a large set of data – gives scientists confidence in the outputs of a stock assessment. 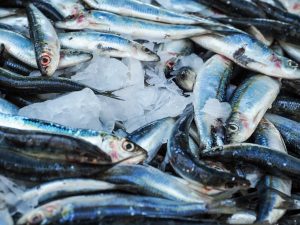 Scientists from the Queensland Department of Agriculture and Fisheries completed an updated stock assessment in 2021 that found that the east coast Spanish Mackerel stock is between 14 and 27% of the unfished biomass, with the most likely scenario that it is currently at 17% of unfished levels. This stock assessment used a sophisticated scientific model, which was then independently peer-reviewed and endorsed by the Queensland Fisheries Sustainable Fisheries Expert Panel.

It is also worth noting that the Great Barrier Reef Marine Park Authority (GBRMPA) supports the findings of the 2021 stock assessment and considers it to be robust, data-rich and in line with national and international best practice.

Clearly something needs to be done. The Queensland Fisheries Working Group for Spanish Mackerel have considered a variety of options, from a moratorium to a temporary, annual closure. The bottom line is that significant management changes that will reduce the harvest of all fishery sectors are required to rebuild the Spanish mackerel stock. It is time to bite the bullet.

The wrong thing to do is to challenge the science, which seems to be the tactic of choice these days when all else fails. Too often we see industry leaders and politicians with little to no scientific background use this tactic. So, it is disappointing to see this tactic now being employed in an attempt to discredit Spanish Mackerel research. How will that help the fish recover?

In a recent Queensland Fishery survey, the WCC responded with the following conservation points:

Fishing rules would include:

The Great Barrier Reef is a global icon, a World Heritage Area, and dear to the hearts of all Australians. Fisheries management within a world heritage area should be held to the highest possible standards, and that includes ensuring that fish stocks are not overfished.

WCC will endeavour to keep its members informed regarding the conservation of the Spanish Mackerel on the Great Barrier Reef.