A MEETING date has at long last been set for concerned residents to meet with Transport & Main Roads over the proposed widening of Shute Harbour Road, cannonvale, and the installation of traffic lights at intersections.

Local community group Residents Traffic Action (RTA) has been lobbying TMR for months for a meeting, so they can sit down and communicate their concerns to TMR’s traffic engineers. RTA will have their own traffic engineers (consultants) in the room.

After much to-ing- and fro-ing, the date has been tentatively set for the first week of July (exact date still to be confirmed).

RTA founder Faye Chapman, from Cannonvale, said she had been liaising with the project engagement advisor for the Mackay/Whitsunday District, Claire Pawar.

“Ms Pawar contacted me, last Thursday, and advised that their traffic engineers didn’t think they could adequately answer our traffic engineers’ questions for a meeting this week. Ms Pawar knows I’m going to be unavailable for some weeks and asked if the meeting could be deferred until my return late June” Ms Chapman said. “My first question was, would this jeopardise our ability to negotiate with TMR and what was their projected time frame.

“Ms Pawar advised TMR would not be progressing with the project until 2023.”

Mrs Chapman said, once a confirmation email from Ms Pawar arrives, she would be adding two more questions to her reply email for TMR’s engineers.

Firstly, regarding the recent arrangements to move cyclists off Shute Harbour Road and onto the adjacent pathway and, secondly, RTA has become aware that the corner of Macarthur Drive and Shute Harbour Road has been purchased for a Queensland Fire and Emergency Station.

“If TMR can direct cyclists to the pathway, being widened by council,  that runs alongside Shute Harbour Road then surely this addresses TMR concerns about cyclists on roundabouts.

And with the purchase of land for the QFES station TMR’s excuse, that there is not enough land for a roundabout at this intersection without expensive resumption, is also negated. If the state already owns the land, where’s the problem? ” Ms Chapman questioned.

If you are interested in joining the meeting with TMR, in July, please email Faye Chapman at residentstrafficaction@gmail.com.

Finally, after two months RTA received a reply on 16 March 2022 from Neil Scales Director-General Department of Transport and Main Roads via an automated NoReply address!!

The letter was basically another brush off of our community, with no effort to meet or consult with us, only offering for our traffic consultants to obtain “further information” from the TMR in Mackay.

None of the fourteen questions put to TMR by our traffic consultants PTT Brisbane, have been answered or even addressed.   And no offer to meet and consult with our community.

This professional report was financed by community contributions, and it is appalling that the TMR DG Neil Scales should be so dismissive of our concerns.

It is also appalling that a community should have to go to such lengths in an attempt to have TMR consult with them.

DG Scales also made mention of the complaint made several months ago to the Queensland Ombudsman.

Fortunately, the Ombudsman’s office has been more responsive, and we have been contacted by them on a couple of occasions.

Previously Edyta Tramell, Senior Investigator, Investigation and Resolution Unit contacted us to advise that the Ombudsman’s office were going to close our initial complaint because we had, in fact, presented new documents (PTT Traffic report) to TMR at the same time as our complaint and, at the time of our conservation, that TMR had not had sufficient time to respond.

On receipt of the letter from TMR 16 March we immediately forwarded a copy of this letter from DG Neil Scales to Ms Tramell expressing our very strong objection to the dismissive way our request for consultation had been answered.

Ms Tramell telephoned a few days later to say that following our further information she was handing this matter over to another senior investigator for further consideration and that we would hear from them in the coming weeks. 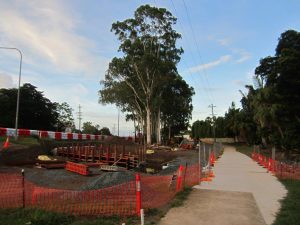 Presently, there doesn’t appear to be any work being done on site by the Dept of Transport, only that being done on the public walking and bike paths by Whitsunday Council and Amanda Camm’s office has told us that she’s unable do anything about this issue until the matter is finalised with the Queensland Ombudsman.

RTA received an email on Tuesday 5 April advising, that after further consideration, the Qld Ombudsman has decided to again forward our complaint to their Investigation and Resolution Department. So there is still a possibility that the Ombudsman will be able to get TMR to consult with RTA.

20 August 21 WCC wrote to Simon Nash Project Manager TMR requesting confirmation that a mature stand of trees, adjacent to the Big 4 Adventure Whitsunday Resort and apparently in the path of the Shute Harbour Road duplication project were not threatened.

To date WCC has not received a response from Ms Camm. 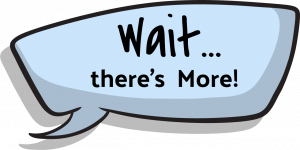 This photo shows that recently, leading up to the Paluma/SHR intersection, TMR has made provision to take cyclists off Shute Harbour Road and onto the adjacent footpath!

Yes, the observer did stand out in the green lane to get this photo, but she was very careful.
The turnoff is just round the Galbraith corner outside Burnups.

This footpath continues all the way beside Shute Harbour Road to past Bunnings and along to the Cannonvale hill into Airlie Beach where it stops abruptly at the top, dangerously forcing pedestrian traffic onto the road.

From Paluma to Tropic Rds, the path will be widened to 3mtrs; one section is already completed outside the Big 4 Adventure Resort.

This completely discredits TMR’s claim that a roundabout can’t be installed at Macarthur Drive because a roundabout couldn’t be built large enough to accommodate, as TMR claims, the required cycle lane.

During discussion, several cycling members of our community told RTA that they use this path already. So why then are TMR insisting that provision is required for cyclists on Shute Harbour Road itself from Galbraith Drive to at least Stewart Drive?  This will have implications for the William Murray Drive intersection as well.

RTA will be putting this question to the Project Manager Simon Nash and in writing ccd to the Minister TMR and et al.