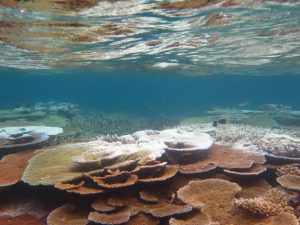 The Whitsunday Conservation Council (WCC) was instrumental in turning back the Environmental and Other Legislation (Reversal of Great Barrier Reef Protection Measures) Amendment Bill 2021 (Bill).

In line with the Environmental Protection Act 1994 – Great Barrier Reef protection measures, the new regulations started on 1 December 2019 and will be rolled out over three years in different regions based on improved water quality management priorities.  For detailed information visit:  Reef protection regulations | Environment, land and water | Queensland Government (www.qld.gov.au)

On Wednesday 21 April 2021, Mr Nicholas (Nick) Dametto MP, Member for Hinchinbrook, introduced the Environmental and Other Legislation (Reversal of Great Barrier Reef Protection Measures) Amendment Bill 2021 (Bill). The Bill was referred to the Health and Environment Committee (the committee) for detailed consideration and report by Thursday 21 October 2021. This was an attempt to withdraw the legislation, supported by the agriculture and grazing industries.

The Health and Environment Committee set up and inquiry. Submissions were called for.  WCC made a submission in June 2021 – see below.

In late September, WCC and allies met with Rob Molhoek, LNP MP, Deputy Chair of the Reef Reversal Inquiry Committee. Participants included Tony Fontes (WCC), Beverley Fontes (WCC) and Olivia Brodhurst (Climate Hub). During the meeting, Mr Molhoek admitted that the bill was unlikely to succeed and its main purpose was to show Coalition support for regional Queensland.  What a waste of time and taxpayers money to promote the LNP but a disaster if it was passed.

A win for common sense and the environment.  An example of what the WCC does to support the conservation of the Great Barrier Reef and the tourism industry that depends upon it – but it goes beyond the tourist dollar.  Every person that holidays here and sees the reef will become an ambassador for its preservation.   If that’s you, please tell our politicians to Save the Reef.