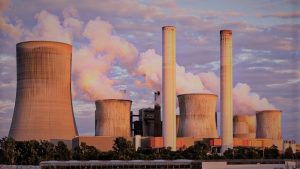 Election Promises Will Destroy the Reef!

You know that an election is drawing near when politicians start making promises that they can’t keep or, at best, shouldn’t keep.

Case in point – the proposal for a new coal-fired power station for Collinsville. A few politicians, including our current Whitsunday mayor, Andrew Wilcox, are touting this project as necessary for regional jobs and cheap energy when, in fact, it will produce very few jobs and actually push energy prices up. As well, it will require tax payer support just to get off the ground because no private investor will touch it.

More to the point, many of these coal-fired power station supporters don’t seem to understand the connection between burning coal, global warming and mass coral bleaching.

The recent IPCC report makes it very clear that unless we reduce our carbon emissions significantly over the next decade, we will exceed 1.5 degrees of global warming perhaps as early as 2035. This will likely result in the loss of virtually all coral reefs across the world.

The writing is on the wall. This is not the time to be promoting a new coal-fired power station. In fact, we must phase out coal over the next decade or we phase out the Great Barrier Reef. This is not rhetoric. This is science and one’s political ideology will not change it.

Our politicians cannot have it both ways. They either support the Reef or they support a doomed industry that will, in time, destroy the Reef. Think about that at the next election.